The Joint Action Committee of the Senior Staff Association of Nigerian Universities and the Non-Academic Staff Union of Educational and allied institutions has extended its ongoing strike by two months.

According to a released by the national President, SSANU, Mr. Mohammed Ibrahim, and General Secretary, Mr. Peter Adeyemi. 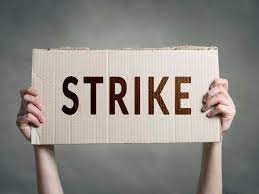 The statement partly read, ‘‘In view of the fact that government is still a long way from effectively resolving the issues in contention, it is only expedient that we allow the process to be fully concluded before directing the end of the strike.

Consequently, you are hereby informed that the strike has been extended by two months, within which we are hoping that all the contentious issues would have been effectively laid to rest.