On Thursday, June 16, the Supreme Court Approves Wearing Of Hijab In Lagos Schools.

This comes after the Lagos state government, in 2015, banned the use of hijabs in public schools, saying it was not part of the approved school uniform for pupils.

Following the ban, the state was sued by some Muslims who argued that the ban was a violation of their rights to freedom of thought, religion, and education.

The court of appeal had then ruled against the ban, pushing the state government to appeal the case at the Supreme court of justice. 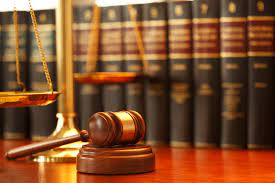 Delivering judgment, the Supreme court rejected the Lagos State Government’s appeal and upheld the earlier judgment of the Court of Appeal which ruled that the ban on hijab was discriminatory against Muslim students in the state and violated their right to freedom of thought, conscience, religion, and the dignity of human persons as contained in the 1999 constitution.