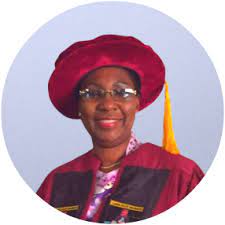 Prof. Ibiyemi Olatunji-Bello then proceeded to Methodist Girls High School, Yaba, and Lagos State College of Science and Technology, Ikosi Campus where she did her “A” level in 1982.

For her university education, she attended the University of Ibadan from 1982 to 1985 where she bagged a BSc (Hons) in Physiology.

In 1987, at the University of Lagos, she was awarded MSc (Physiology).

In 1998, Professor Ibiyemi Ibilola Olatunji-Bello was awarded a PhD in Physiology, also at University of Lagos after attending a 6-month research training in the University of Texas Health Science Center at San Antonio in the US in 1994.

She assumed duty as the First Professor of Physiology in Lagos State University College of Medicine on the 2nd of October, 2007.

In the following year, She was elected the Deputy Vice Chanecllor for a period of years in the first instance.

On the 27th of January, she was re-elected, for a second term as Deputy Vice-CHANCELLOR.

Professor Yemi Olatunji-Bello was the acting Vice Chancellor of LASU between January 2011 and 31st October, 2011.

Ibiyemi Olatunji-Bello has held several professional and administrative positions both at UNILAG and LASU.

She was the Chairman, Biomedical Communications Management Committee, 2000-2003 and Member, Medical Education Committee between 2001 and 2005.

She was an elected member of the Academic Board of the College of Medicine of the University of Lagos (CMUL) from 1999 to 2004.

Member, Medilag Consult of the College of Medicine, Unilag from June, 2001 to September 2007, and Member, University of Lagos Women Society Nursery School Board, December 2000 to March 2005.

Until her election as the First female Deputy Vice Chancellor of LASU, she was the First substantive Head of the Department of Physiology, LASUCOM.

Prof. Olatunji-Bello has obtained many academic fellowships and awards, some of them are:

– Travel Award by SIDA (Swedish International Development Authority) to attend Pan-African Conference on Information Technology for the Advancement of Nutrition in Africa in Nairobi, Kenya, 21st to 25th July 2002.

– Part-sponsorship by Pfizer Specialties Ltd to attend Pan-African Conference on Information Technology for the Advancement of Nutrition in Africa in Nairobi Kenya, 21st July to 25th July 2002.

– Fellowship awarded by SIDA (Swedish International Development Authority) to participate in the Global Nutrition 2000 (Advanced International Training Programme, Uppsala, Sweden.) at the Department of Medical Sciences and Nutrition, University of Uppsala, Sweden, from February 28 to March 31,2000

– Follow-up in Kenya, October, 21st – 30th, 2000 for the award of a Certificate in Nutrition and Information Technology.

– Fellowship awarded by the Nigerian Government for staff enhancement under the World Bank Federal University Credit Facility in the Department of Cellular and Molecular Biology, University of Texas Health Science Center, San Antonio, U. S. A. from April 12th to October 12th 1994.

-Awarded Second Best Teacher in the Physiology Department 1999/2000 session by the School of Basic Medical Sciences as adjudged by the 200 level students.

– Awarded a Research Grant with Prof. O. A. Sofola by the University of Lagos, 1993

She is a member of many professional bodies such as,

She wass a two term Vice President, Physiological Society of Nigeria, and a

She is a member, LASU Appointments and Promotions Committee (Technical and Senior Administrative), 2005 to date, and also a member, Court of Governors, LASUCOM 2005 to date.

However, 2 Ph.D students are currently undergoing supervision by her.

This distinguished scientist is known for her very brilliant academic work and she has over 37 publications to her credit; excluding papers she has read at both local and international conferences. She has also contributed chapters in some textbooks and e-learning materials.

Professor Ibiyemi Ibilola Olatunji-Bello is happily married to Tunji Bello, a journalist and lawyer, and a two term Commissioner for the Environment, Lagos State, whom she met at the University of Ibadan in their undergraduate days.

They are blessed with 3 children.