JAMB Admission Procedure For 2021/2022 has been released.

The Joint Admission And Matriculation Board (JAMB) has released the JAMB Admission Procedure For 2021/2022.

These procedures explain how admission is given in federal, state, and private Universities and, the available quota for merit, catchment, and ELDS in Nigeria.

Details are as follows:

Read Also: How JAMB And School Give Admission In 2021 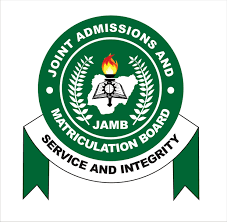 According to JAMB, it is the proprietor of each institution in Nigeria that determines the criteria for admission into their respective institutions subject to the law, policies of government and international treaties to which Nigeria subscribes.

Additionally, the Senate or the Academic Board of each institution set the minimum standard acceptable to it and no institution is expected or persuaded to recommend for approval of JAMB any candidate below the standard set by the institution.

Furthermore, each institution aspires to be as inclusive as possible. Equity, access, quality and funding are essential features of higher education all over the world.

Minimum standards are set and within such standards, every world-class university prides itself with as much plurality as possible.

Affirmative action in the admission process is an international feature.

What Nigeria refers to as Federal character principle is similar to what others present as equal opportunity, affirmative or inclusive actions.

Moreover, Educationally Less Developed States are neither determined by JAMB nor limited to the States in the Northern part of Nigeria.

Besides, prima-facie qualification for admission into tertiary institutions anywhere in the world including Nigeria is not the Unified Tertiary Matriculation.

Examination score, rather it is the secondary school certificate(SSC) with five C grades as stipulated by global convention such as the Arusha (Recently renamed the Addis Ababa Convention).

There is no controversy as the acceptable is C6, the least available in the ‘C’ category.

No admission policy in Nigeria lowers the international stipulated tertiary education admission criteria for candidates from any part of Nigeria.

It is also a known fact that federal character principles are rightly enshrined in the Nigerian Constitution and until such are abrogated they remained the correct position of the law.

The Joint Admissions and Matriculation Board only ensures that subject to the minimum criteria set by each institution, the admission process is as inclusive as possible.

For the avoidance of doubt, the admission criteria put in place for federal tertiary institutions, except for a minor amendment about fifteen years ago, have remained the same.

That is (a) Merit 45% (b) Catchment States (Generally, the closest States around every federal government tertiary institution) 35% and (c) Educationally Less Developed States 20%.

Institutions established by State Governments, including that of Kaduna State, stipulate criteria which generally include, statewide-spread of admitted candidates.

It is, therefore, not advisable to make merit the sole criterion of admission into tertiary institutions and no State Government in Nigeria has, so far, stipulated such a policy for any of its higher institutions.