This post covers ALL YOU NEED TO KNOW about How UNILAG Admission is Given. If you have been asking How Does UNILAG Give Admission? this post is for you.

Before we proceed, quickly see how to gain admission in UNILAG.

Having known what it takes to gain admission into UNILAG, see UNILAG Admission requirements here. 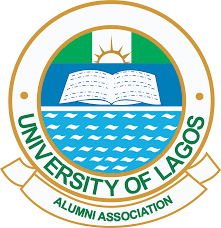 How UNILAG Admission Is Given

UNILAG give admission Based on 6 factors which include:

A) UNILAG General Cut Off Mark

This is the mark below which one cannot apply/gain admission to study any course in the University Of Lagos.

If the general cut-off mark for UNILAG is 200 (ASSUMPTION), you can not apply or gain admission to study any course in UNILAG even if you scored 199.

In this wise, you must meet UNILAG general cut-off of 150 to be eligible or stand a chance of being considered for admission.

It must be further noted that there is no standard general cut-off mark in the University Of Lagos.

UNILAG general cut-off mark is determined based on the general performance of candidates in UTME.

This is also one of the factors on How UNILAG Admission Is Given.

B) UNILAG Departmental Cut Off Mark

One of the primary factors that determine how UNILAG admission is given is the UNILAG departmental cut-off mark for all courses.

This cut-off mark is released by departments every year.

It is based on the performance of candidates in JAMB and UNILAG Post UTME.

No doubt, UNILAG catchment area is one of the factors UNILAG considered when giving admission.

Be it Federal, State, or Private Universities, Merit is a major criterion for offering admission and UNILAG is not an exception.

MERIT Admission in UNILAG means you gained admission because you deserved it. It is a result of a high JAMB Score and Post UTME Score.

This further entails that UNILAG admission is based on 45% MERIT, 35% Catchment, and 20% ELDS.

The next factor UNILAG considers when giving admission or how UNILAG admission is given is the O’level/ A’level Result.

Before you can be offered admission in UNILAG, For a start, you need to have at least 5 credit passes in your O’level result (WAEC and NECO) including English and Mathematics not more than one (1) sitting.

If you are a direct entry candidate make sure you meet the UNILAG general and departmental requirements for your course before you apply.

This further explains how UNILAG admission is given.

For you to be offered admission in UNILAG you must have chosen the correct JAMB subject combination for your course of study.

This means that for you to be given admission in Universit Of Calabar you must meet the general and departmental admission requirements for your course.

Having known how UNILAG admission is given. Check out a few recommended posts below.