FG Begins Payment Of ASUU Minimum Wage Arrears And That of ASUP. 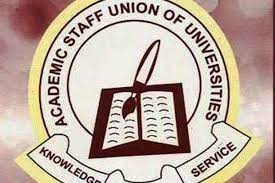 According to ASUU President, “The government has started responding.

They just started paying the salary/minimum wage arrears, the one they have refused to pay.

“However, that is just one of the demands, so we have not reached anywhere.