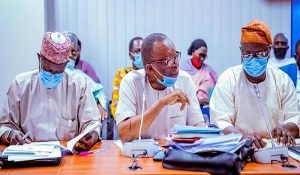 The fate of Nigerian students now rests on the response of the Federal Government to the demands of the Academic Staff Union Of Universities (ASUU).

Report has it that the national leadership of ASUU has made its presentation to the Prof. Nimi Briggs-led committee set up to renegotiate the 2009 agreement signed by the two sides.

According to ASUU President;

We have made our presentation to the committee and there is nothing more to add,”

On when the feedback is expected from the government’s side, he said, “They promised to get back to us within a short time.”

Though he did not say anything about what the union’s presentation contained, it was gathered that union could give the government more time to meet some demands that have financial implications.

However, government is blaming paucity of funds for its inability to meet some of the demands, while the union is accusing the government of not getting its priorities right.